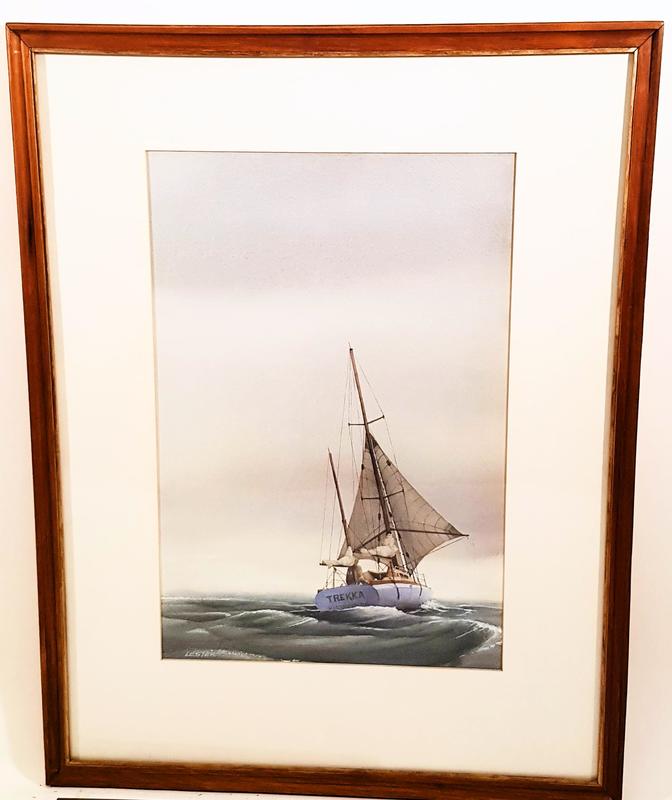 The Trekka is the smallest of the three vessels at 20’ 6” and was the smallest vessel to circumnavigate the globe in its time. It was built by John Guzzwell, the vessel’s skipper, in 1954 and set out on its voyage from Victoria in 1955. The voyage lasted four years and Guzzwell returned in Canada in 1959. He went on to write a book about his adventures.