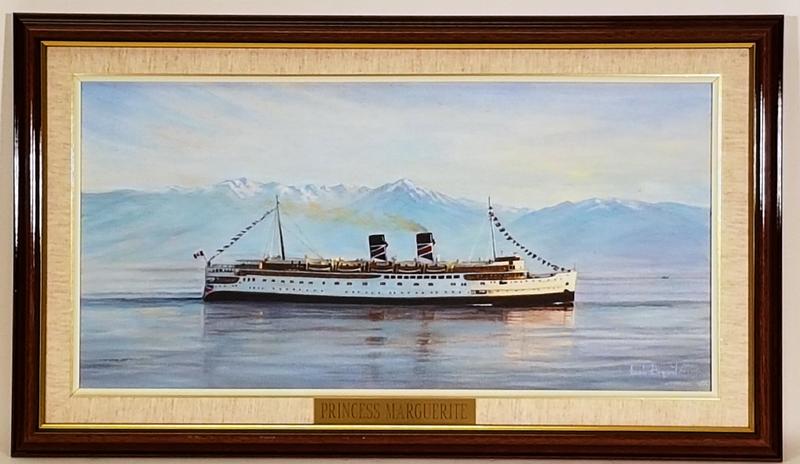 Canadian Pacific was one of the most important passenger companies in Canada. It owned both the railway and Ocean Liners on both the Atlantic and Pacific coast.. The Empress vessels connected Canada to far away places while the Princesses plied the coastal waters. Passengers were transported in comfort and luxury and many of the Princess vessels were so well appointed that they were referred to often as “Pocket Liners” because they were considered to be as luxurious as the large Ocean Liners, just on a smaller scale.

Two of the best known and most fondly remembered CPR Princess Ships were the Princess Marguerite II and the Princess Patricia. Sister ships, these two vessels were built in the late 1940s to replace the older Princess Kathleen and Princess Charlotte on the triangle rout (Victoria-Vancouver-Seattle)

The Princess Marguerite II was the namesake of an older vessel of the same name, which sank during WWII in the Mediterranean. The “Maggie” (as the vessel came to affectionately known) is still remembered fondly by those who had the chance to sail on her before she was retired in the late 1980s when the price of fuel for a steam vessel like the Marguerite became too cost prohibitive.

This painting shows the Princess Marguerite II as she looked with her new paint scheme under the auspices of the BC Government.