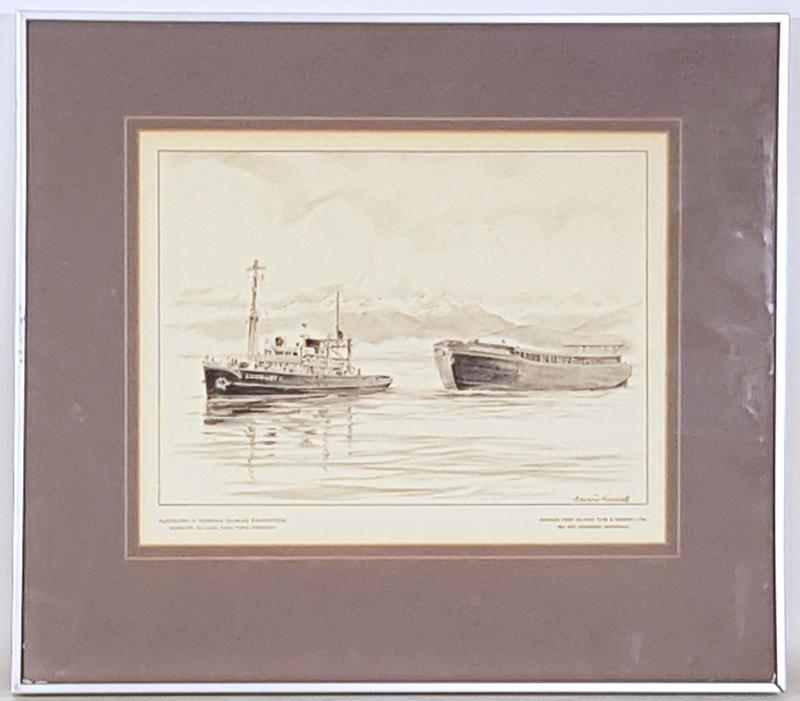 The Sudbury II was the largest of Canada’s salvage tugs in its time and was named for the previous HMCS Sudbury that long served Island Tug and Barge. It had a long career and was retired in 1979. It’s career would come to an end in 1982 when it sank due to an engine fire.

Edward Goodall was a Canadian artist and came by the profession honestly through both his great grandfather and his grandfather. His uncle was also quite a successful artist. His father, however, who was a barrister, solicitor, felt that he should seek other professions and keep art to a hobby.

Goodall held many various jobs in his life but continued to practice his art and develop his own style. He would go on to have success both in his careers and with his art.  He is best known for his cards and calendars showcasing his drawings.