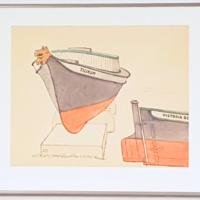 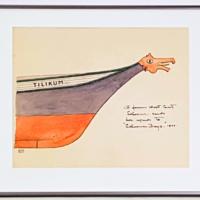 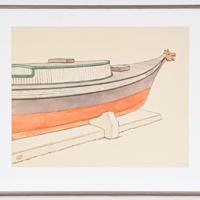 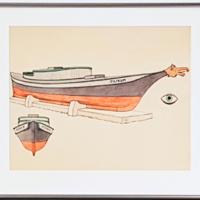 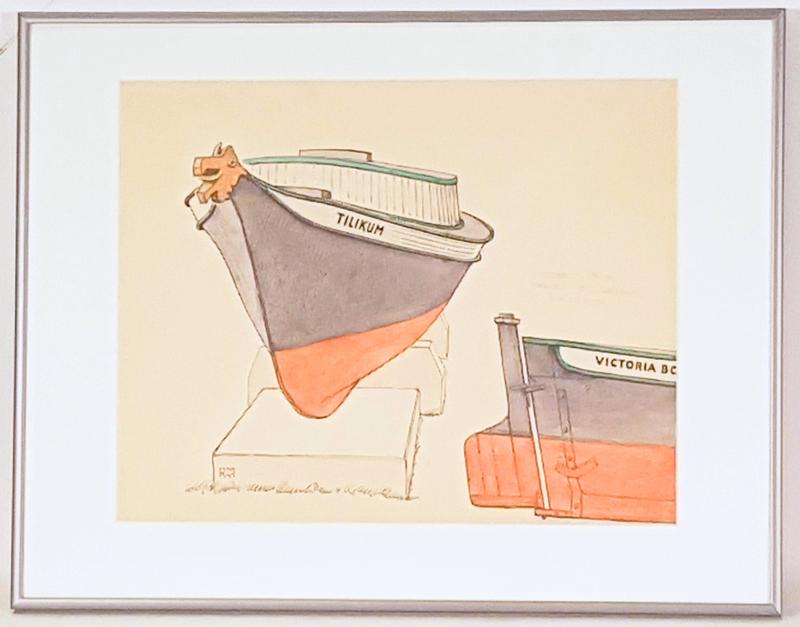 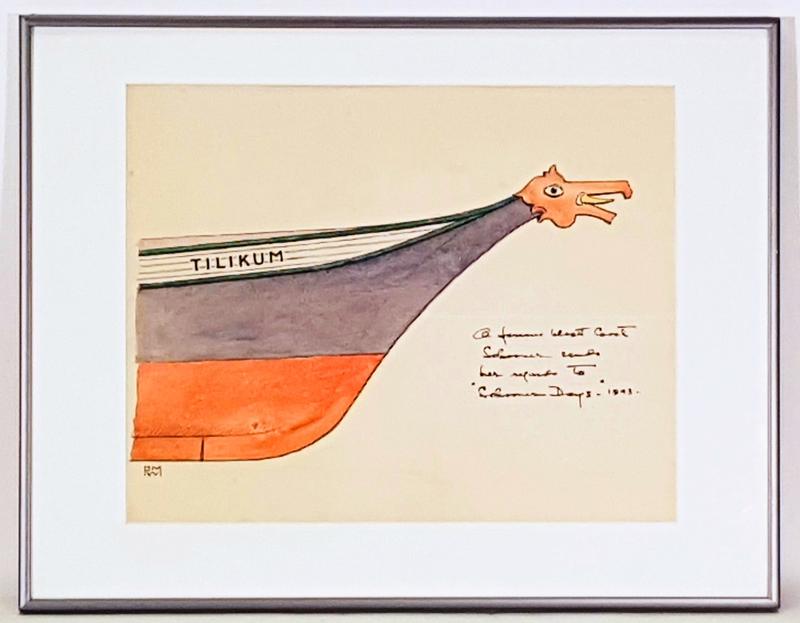 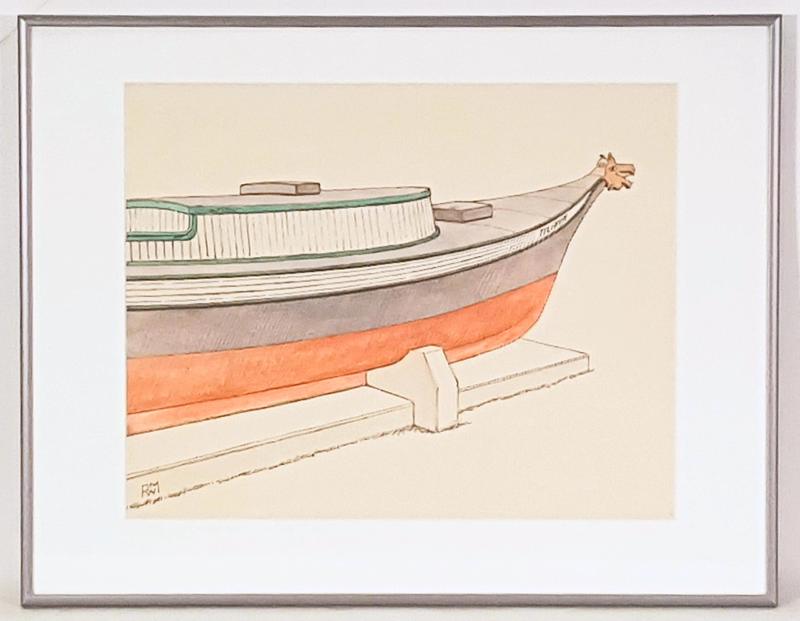 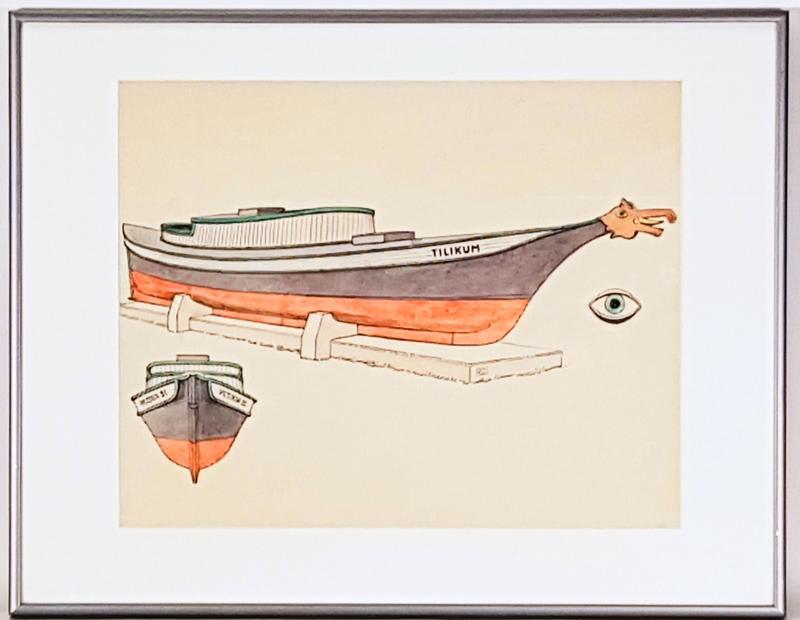 The Tilikum is one of three vessels in the Maritime Museum of BC’s collections and was the first to be acquired by the Museum.

The Tilikum started its life as a dugout canoe carved from a single red cedar tree. It is generally considered to be of a Nuu-Chah-Nulth design and was purchased by John Voss in 1901 from a Nuu-Chah-Nulth woman. Voss then converted the canoe into a sailing vessel, with full masts and sails with a mind to circumnavigate the world much like Captain Slocum did in how own yawl the Spray.

Voss retrofitted the canoe with an eye to making it sea worthy and more like a sailing vessel than a canoe. He had oak frames installed to increase the vessel’s strength and built up the sides seven inches. He also had a deck installed and three masts transforming the canoe into a proper sailing vessel

Voss began his voyage in 1901 along with his partner Norman Luxton who would only accompany Voss on part of the voyage. They sailed from Oak Bay and set course for the South Pacific. They would run into some trouble, running aground on a reef. They were able to make it to the Cook Islands where Luxton abandoned the voyage and Voss continued on without him.

Reports state that 10 more men helped to crew the Tilikum before it arrived in the harbour on the Thames, London, England in 1904. Voss was elected a Fellow of the Royal Geographical Society in London and went on to publish his memoir about his voyage in 1913.

It was hoped that the vessel would be acquired by the British Museum, but that was never to occur. Later it changed hands a few times between 1908 and 1930 when it was returned to Victoria on a freighter. It was subsequently displayed next to the Crystal Gardens by the manager of the Empress Hotel.

Being outside and exposed to the elements with little attention to maintenance the Tilikum again fell into disrepair until the Thermopylae Club of Victoria took an interest in 1936 and headed a restoration project for the vessel. The Thermopylae Club would continue to provide funding to help restore and maintain the vessel and in 1940 it was m oved to a new location at Thunderbird Park under the auspices of the British Columbia Provincial Museum. However the vessel continued to deteriorate, exposed as it was to the elements.

In 1958 it was discovered that the vessel had dry rot. Once again the Thermopylae Club stepped in to help fund restoration of the vessel and again the Tilikum was saved from complete deterioration. In 1965, with the Maritime Museum of BC, taking up residence in the old courthouse building at Bastion Square, the Title of the vessel was transferred to the Museum and a portion of the wall was removed to permit the vessel to be moved inside. Once out of the elements it was possible to further restore the vessel.