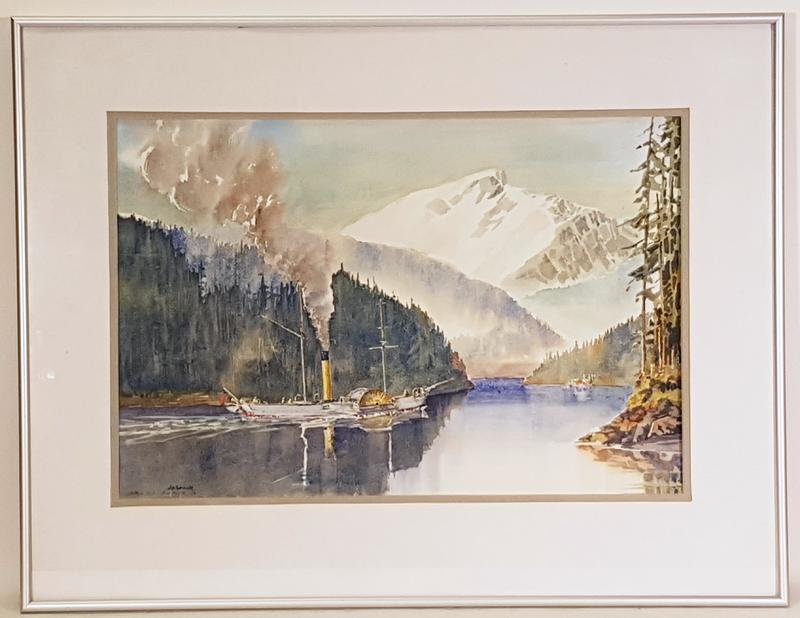 The SS Beaver is one of the most iconic vessels in British Columbia’s history. It was a sidewheel paddle wheeler and was the first steam-powered vessel on the Pacific Coast. During its career, it serviced both the coast and the small communities and trading outposts along the Fraser River, connecting these communities together and acting as the link between the interior of BC and the larger communities on the coast. It was also instrumental in helping to maintain British control during the period of the Fraser Canyon Gold rush from 1958-1859. The Beaver was the vessel that brought Sir James Douglas to Clover Point in March of 1841 allowing him to find the ideal location to build the new HBC fort of Fort Victoria.

The Beaver met its end on the rocks at Prospect Point near Stanley Park in 1888 when it ran aground.

Much of the copper salvaged from the vessel was melted down and from it, the SS Beaver Medals were struck. The Beaver Medal is presented each year by the Lieutenant Governor of British Columbia and the Maritime Museum of BC to people nominated for their excellence in contributing to the Maritime Heritage of BC.