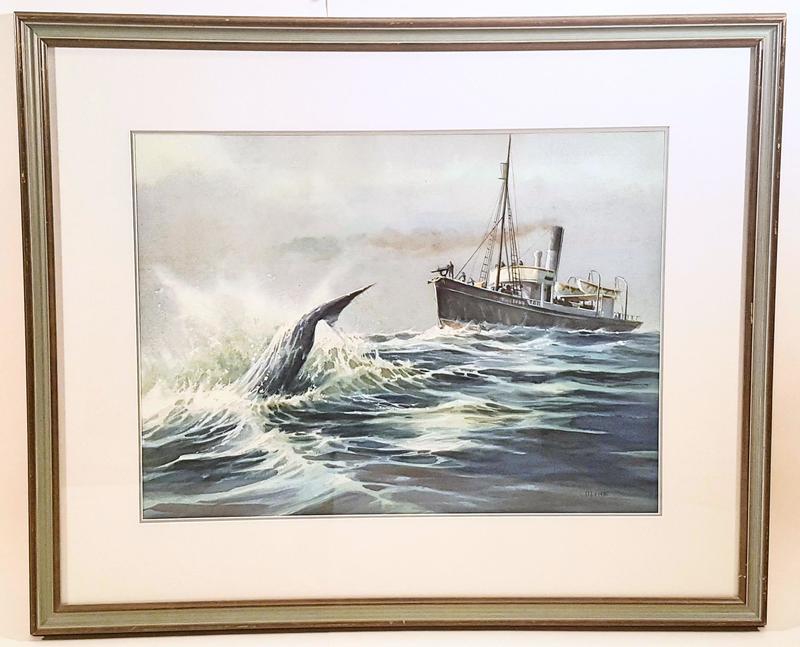 Whaling has existed off the Pacific Coast of BC for thousands of years. The coastal First Nations, particularly the Nuu-Chah-Nulth, practiced whaling long before the great whaling vessels of the Canadian Pacific Whaling Company plied these waters. Whaling by whalers in the Pacific can be traced back as far as the late 18th Century; however, it was not until 1904 that the Canadian Pacific Whaling company was founded. Several whaling stations were built along the coast to accommodate the burgeoning whaling industry and to process and render the whales that were captured.

Whaling would continue until the 1960s in BC when the whale populations were depleted and the giants of the deep were in danger of extinction. Whaling is no longer permitted along the Pacific coast and instead has been replaced by whale watching.

This painting shows a whale being hunted by Whalecatcher Brown, one of the “colour fleet” vessels along with Black, Blue, Green, and White.