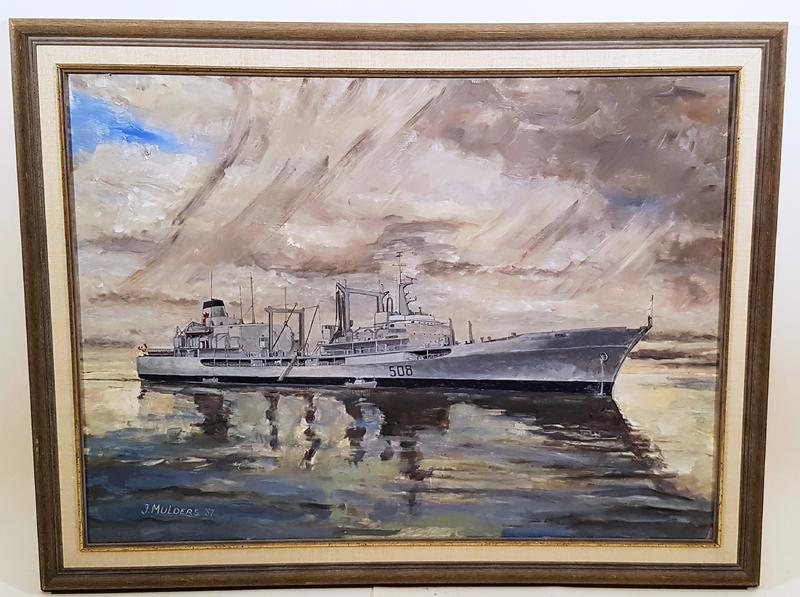 The HMCS Provider was a support ship and the first in the fleet as well as the largest ship ever built in Canada for the Canadian Navy during its time. The vessel, commissioned in 1963, was built to carry fuel, ammunition, supplies, dry and refrigerated provisions, and replacement helicopters among other necessary freight to aid its naval fleet. The ship was equipped to be able to transfer cargo and personnel while underway. The vessel was designed to be able to accompany a fleet unit while engaged in maneuvers at sea and could replenish and refuel vessels at speeds in excess of 18 knots. The ship was designed with stowage space for 12,000 tonnes of fuel, diesel, and aviation gas, as well as other necessary naval supplies.

The vessel was stationed in the Mediterranean Sea in 1967 as one of the vessels assigned to help support the Canadian troops involved with the UN Emergency Force in Gaza. The ship’s homeport was originally on the East Coast, but was reassigned to CFB Esquimalt on the west coast in 1969 when it was found that its open deck made it vulnerable.

The HMCS Provider was retired from service in 1998 and sold for scrap in 2002.

John Mulders was born August 14, 1932, in Breda, The Netherlands, the eldest son of six.  His father, Cornelis Mulders, was a prominent civil engineer, knighted for his work heading the consortium, which built the dike works controlling the flooding along the Dutch coast.  His mother, Marie van Nijnatten, was of an old edel (nobel) family.  His grandfather was an artist, full time, while his father continued to practice art as a hobby.  John followed in his father’s footsteps, choosing to establish a solid career while painting and drawing on the side.  Some of his earliest memories were of sketching with his father.

John’s early years were spent under German occupation and subsequent liberation by Canadian and Polish troops.  He was the youngest student, at 17 years when he entered agricultural college at

Roermond University, graduating with a degree of Agriculture Engineer.  From 1952 to 1954, he had compulsory military service as a meteorologist with the Royal Dutch Airforce.  Upon leaving, he emigrated to Canada to further his studies at Guelph where he graduated with a B.ScA in Agronomy.  In 1958 he became a Canadian citizen.  At both universities, continued to draw and took top honours in competitions for his drawings.

He worked for the Agriculture department of the Canadian Federal Government, travelling the world on their behalf and, for a short time, on behalf of the FAO (Food and Agriculture Organization) of the UN in Rome.  His sketchbooks documented his travels and he continued to paint and draw, and dabbled in carving throughout his life.

After a severe heart attack in his late 40s, John decided to retire from his ‘regular job’ and devoted the rest of his life to art, travel and family (wife Jacquelyn, children Kenneth, Kathryn, Pamela, Christopher).  He retired to Victoria, BC, where he indulged in his passion for paint and his fascination with his new home.  The surrounding architecture, the local fishing boats, his beautiful gardens and quick sketches of locals were all reflected in exquisite detail in his work.  To their delight, he sold many of his paintings to the fishermen on those boats.

John was quite prolific during these years, exhibiting in galleries in Sidney, Brentwood Bay and Duncan.  During this time, his art developed from earlier detailed documentation, through impressionistic representations, to rich expressionistic works based on the subjects he loved.  His paintings were rich in light and dark contrasts, somehow grounding their subjects.

As a journalist once wrote about him: “Cowichan Valley artist John Mulders says he’s not afraid of the dark.  You can see the light much more… Mulders’ recent work is reminiscent of the master Van Gogh, and it so happens Mulders himself was born in 1932 in Brabant, Holland – Van Gogh country.”