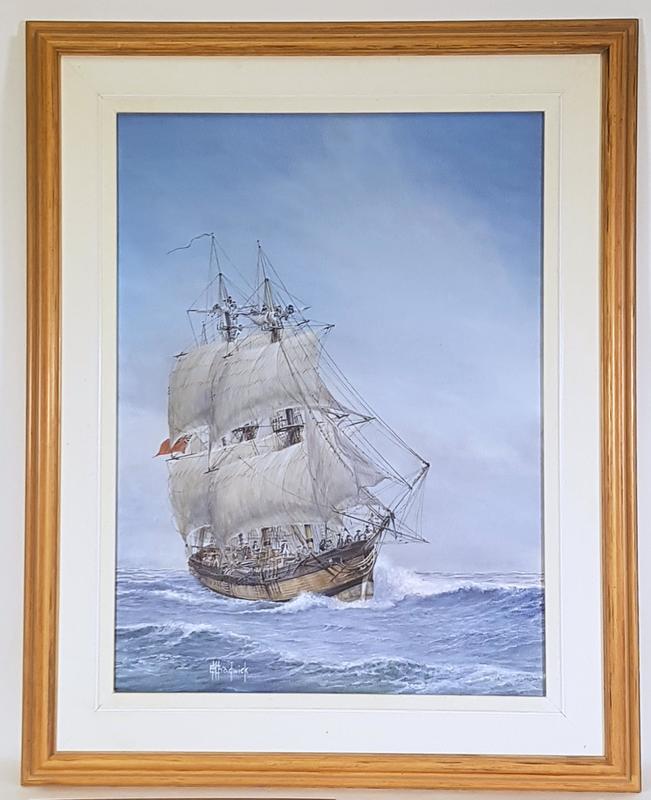 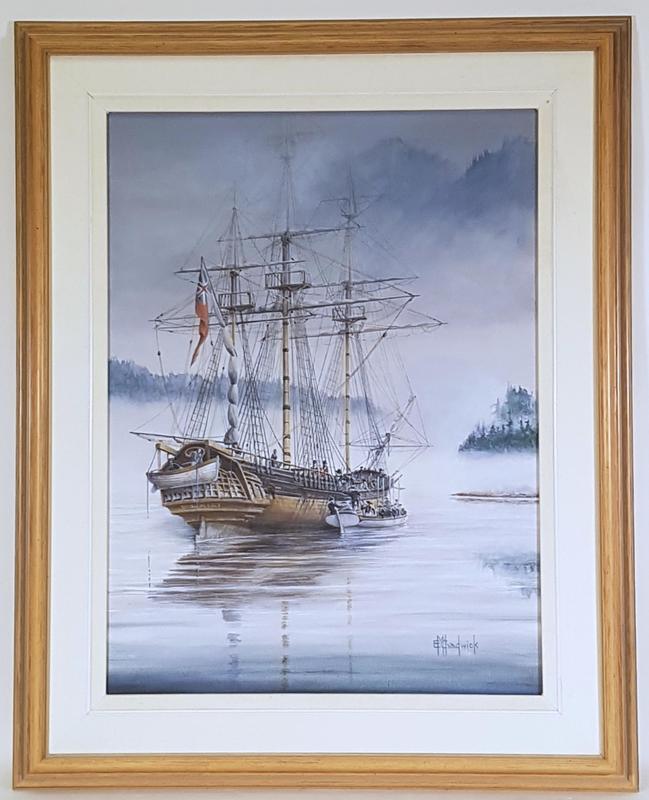 The HMS Discovery was a Royal Navy ship best known for being lead ship during Captain George Vancouver’s exploration of the west coast of North America and for being one of the first European vessel to enter what is now Victoria Harbour. Captain Vancouver is best known for charting the coast of the Pacific Northwest from what is now Oregon State to Alaska. He was also the first to chart the Salish Sea and determine that Vancouver Island was separate from the mainland. The HMS Discovery was the first European vessel to discover the entrance to what is now Victoria Harbour.

The artist, Edward Maurice Chadwick served in the navy from 1938, when he enrolled as a Naval Cadet until his retirement in 1969. During this time he would serve on various Naval Vessels. Upon retirement he would become a well known artist with his art held in many collections across Canada.