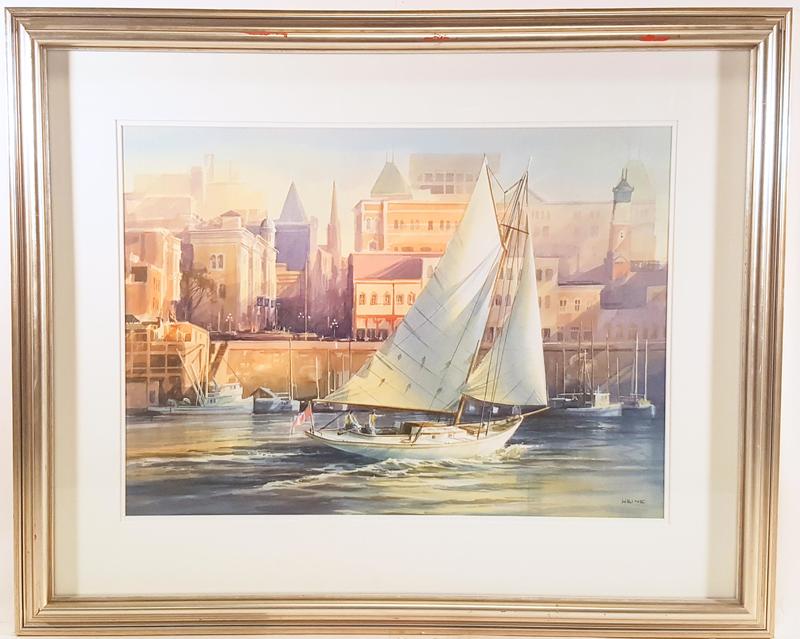 The Dorothy is a Fan-tailed cutter – racing yacht that is 122 years old as of 2019. It is the oldest registered sailing vessel in Canada and has been registered at the same home port of Victoria since it was first launched in 1897. The vessel has been owned by 11 different people in its life before it came to the Maritime Museum of BC. It is the most recent addition to the Maritime Museum of BC’s fleet.

The Dorothy was originally built for F.H. Langley by J.J. Roberson from a design by Linton Hope for around $1800. The vessel remained with Langley for almost 50 years until it was sold in 1944. Not a lot is known about what happened to the vessel between 1944 and 1964 when she was found by Chuck Charlesworth in poor condition in New Westminister, but it is known that at that time the vessel had at least six different owners at that time. The vessel was restored and was owned by three additional people before finally being donated to the Maritime Museum of BC in 1995. Volunteers continued to sail the vessel and help keep it seaworthy until 2003 when it was finally taken out of the water and put into storage.

Today, the Dorothy is currently located on Gabriola Island in the care of prominent boat builder, Tony Grove.

Harry Heine was born in Edmonton, Alberta in 1928. He is a well-known Canadian marine artist and during his lifetime was a member of the Royal Society of Marine Artists, to which he was elected in 1980. At that time he was the only Canadian member. He was also Vice-President of the Canadian Society of Marine Artists and of the Federation of Canadian Artists during his career. His art spans 40 years and is some of the most recognisable Marine art in Canada.