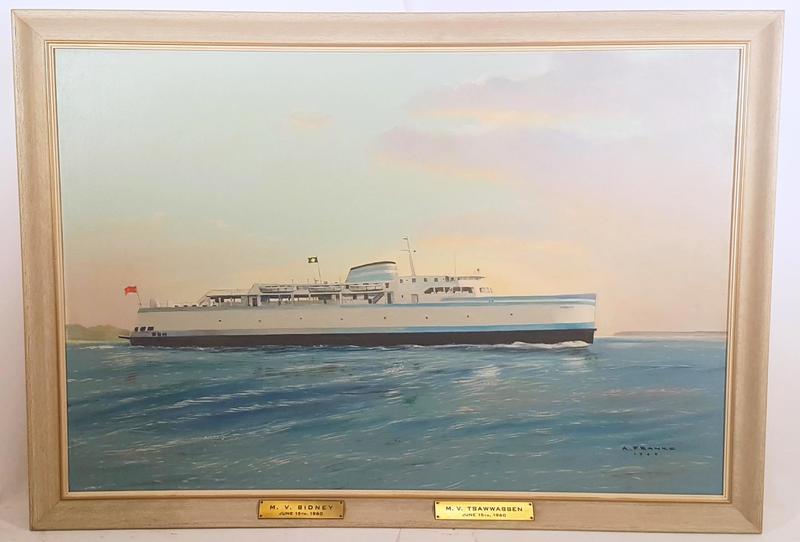 This image is a representation of what have come to be known as the “Sidney Class Ferries”. The MV Sidney (later the Queen of Sidney) and the MV Tsawwassen (later the Queen of Tsawwassen) were the original BC ferries, the first two built for the BC Ferries Corporation in the 1960s. Their design was originally based on the MV Coho of Black Ball and were designed by Phillip F. Spaulding.

A few years later, both vessels would receive name changes to Queen of Tsawwassen and Queen of Sidney respectively. The two vessels served on various routs connecting Vancouver Island to the Mainland for several decades. Before they were finally retired. The Queen of Sidney served until 2000 when concerns about maintenance became impossible to ignore. The Queen of Tsawwassen would continue to sail for another eight years and was finally retired in 2008 during a decommissioning ceremony at Deas Pacific Marine shipyard.