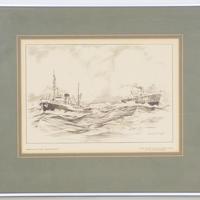 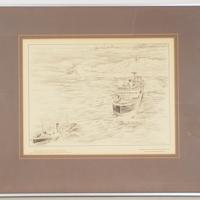 The HMCS Sudbury started its life as a Flower-class corvette, which served the Royal Canadian Navy during WWII. The Sudbury served in the Royal Canadian Navy until 1954 when it was purchased by Harold B. Elworthy of Island Tug and Barge of Victoria, BC. Under the auspices of Island Tug and Barge the Sudbury was converted to an ocean-going tugboat specializing in deep-sea salvage.

At the time of the purchase many of his competitors looked at him askance. The Sudbury was much larger than the usual tug and required a crew to match in order to run. It also ran on four times more fuel than the average tug and most opinions seemed to be that for the usual tow jobs along the coast of logs and cargo barges, the Sudbury seemed like a poor investment. Deep-sea salvage jobs were also so rare that buying and outfitting a vessel for that singular purpose seemed like madness.

Despite popular opinion, the Elworthy’s chance for the Sudbury to prove its worth would come in 1955 when the Greek freighter, Makedonia, sent out a cry for help from 3,500 miles outside Victoria. The Makedonia was adrift off the Aleutian Islands, too far for tugs from Japan to reach it. The closest help was in Victoria, and the only private vessel that could have a hope of handling the Job was the Sudbury.

Elworthy took on the job on a “no-cure-no-pay” basis, which was standard practice for salvage jobs. The payment would depend on his success and decided by an arbitrator appointed by Lloyd’s of London. The arbitrator would decide on the payment based on various factors including: the value of the ships involved the risks to the crew, consumption of fuel, the weather, and the length of the tow.

The Sudbury took on the salvage job and proceeded to rescue the Makedonia in the longest tow to Vancouver. The total round trip took 41 days and during that time only 5 of those days were considered “good steaming weather”

The Sudbury would go on to have a successful career after the Makedonia, helping to rescue another Greek vessel, the Glafkos in 1962.

The vessel was eventually scrapped in 1966 after it was badly damaged by a boiler explosion. 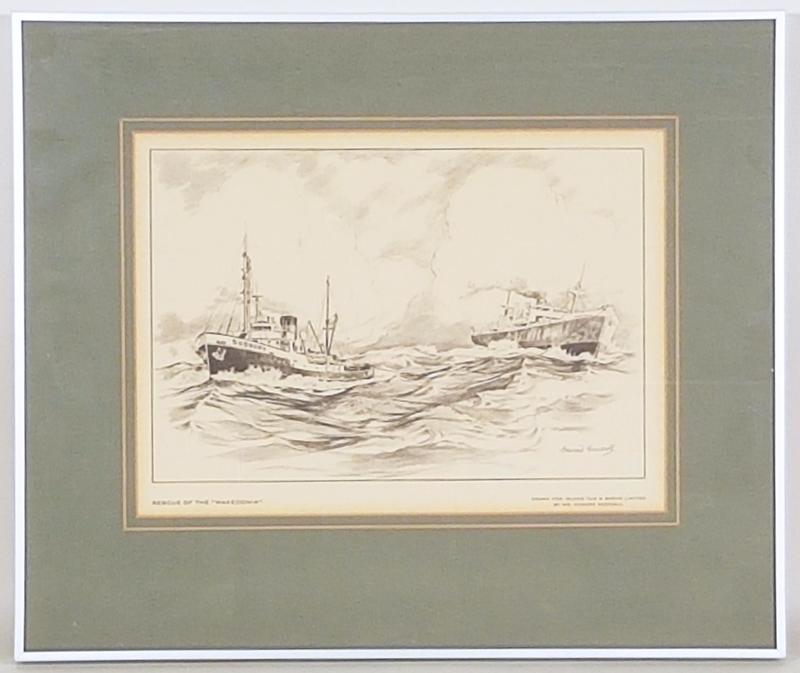 Rescue of the Makedonia

The Makedonia was a Greek freighter, weighing 8200 tons that ran into trouble in 1955 and was subsequently rescued by the HMCS Sudbury in a 3000-mile tow from the Bearing Sea to Vancouver, BC. The Makedonia had run into trouble in rough weather, when the vessel “nose-dived” into a trough, which caused her propeller to kick up out of the water, causing the shaft to shake loose and risk damage to the vessel’s plates. The only remedy was to stop the engine and send a call for help.

The call was answered by the HMCS Sudbury of Island Tug and Barge of Victoria, BC in its first deep-salvage job. The Sudbury towed the Makedonia first to Adak, Alaska for repairs. From there the vessels next travelled to Kodiak after drifting off course. From Kodiak, the Sudbury with the Makedonia in tow headed toward Queen Charlotte Strait and onward to the Inside Passage and subsequently on to Vancouver Harbour, finally arriving in Victoria after 41 days. 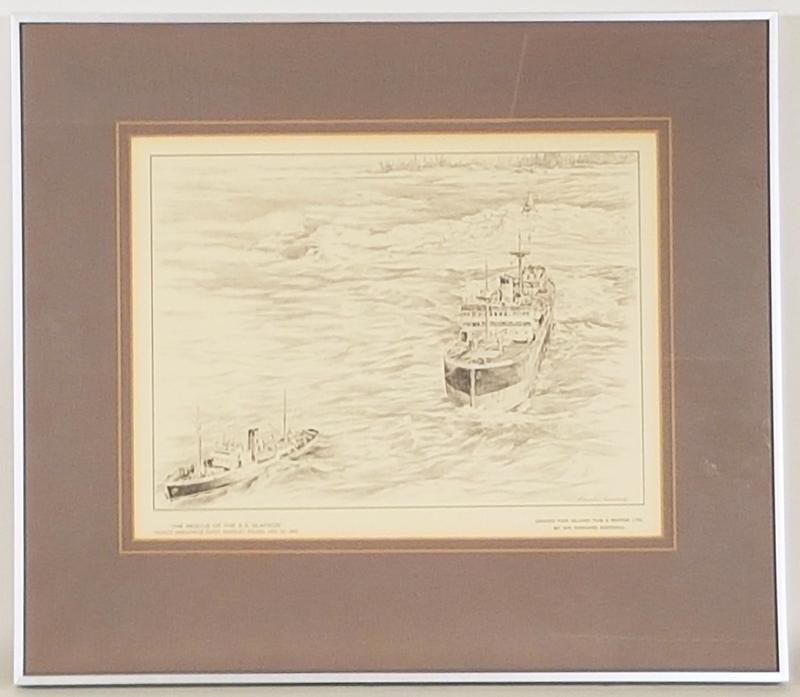 The Rescue of the S.S. Glafkos

The Glafkos was a Greek freighter that hit a reef near Amphitrite Point in 1962. The vessel ran ashore on George Fraser Island in Barkley Sound and was pierced through its double hull by a “pinnacle of rock”.

After a tense period in which it seemed that the weather would drive the Glafkos into the reefs, the Sudbury was able to get the freighter under control. It was possible to evacuate the 22-man crew of the Glafkos via helicopter and once the Island Challenger was repaired, the two vessels were able to tow the Glafkos back to Victoria together.

Island Tug and Barge was first founded by Harold B. Elworthy  and the Coulson brothers in 1925. The first tugs bought by the company were the coastal tug boat Quinitsa and the harbour tugboat Dellac. In 1926 Island Tug and Barge was able to purchase the fleet and business of Gardiner Towing Company and in subsequent years the company as able to add additional tugs and barges to their fleet.

Island Tug and Barge still exists today as a subsidiary of Tidewater Canada, Incorporated under the Shields family.

Edward Goodall was a Canadian artist and came by the profession honestly through both his great grandfather and his grandfather. His uncle was also quite a successful artist. His father, however, who was a barrister, solicitor, felt that he should seek other professions and keep art to a hobby.

Goodall held many various jobs in his life but continued to practice his art and develop his own style. He would go on to have success both in his careers and with his art.  He is best known for his cards and calendars showcasing his drawings.