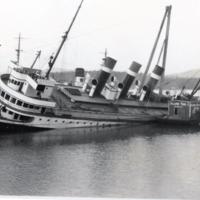 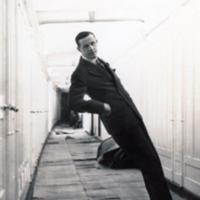 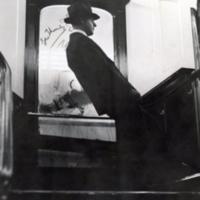 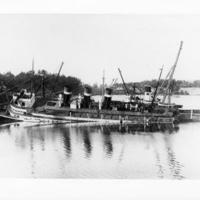 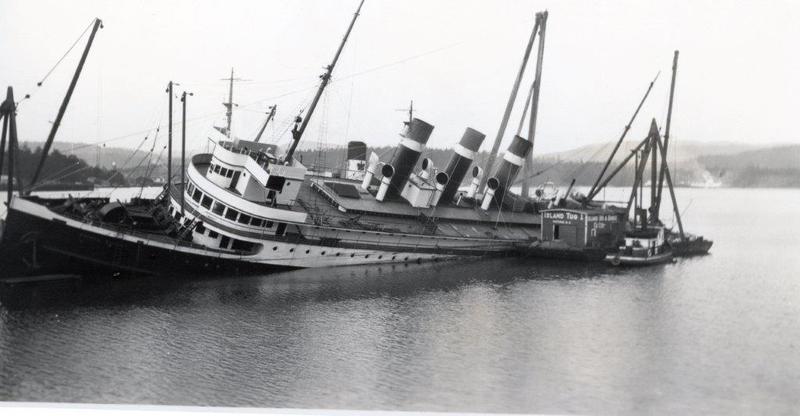 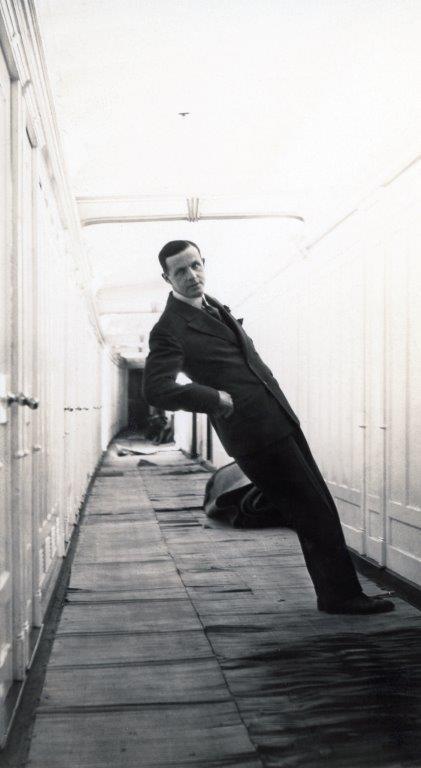 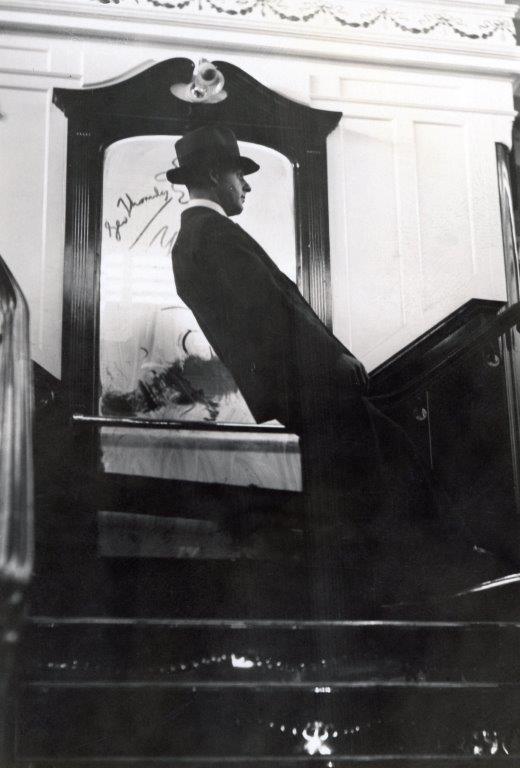 Mr. Yarrows on board SS Prince Rupert at Yarrows Shipyard 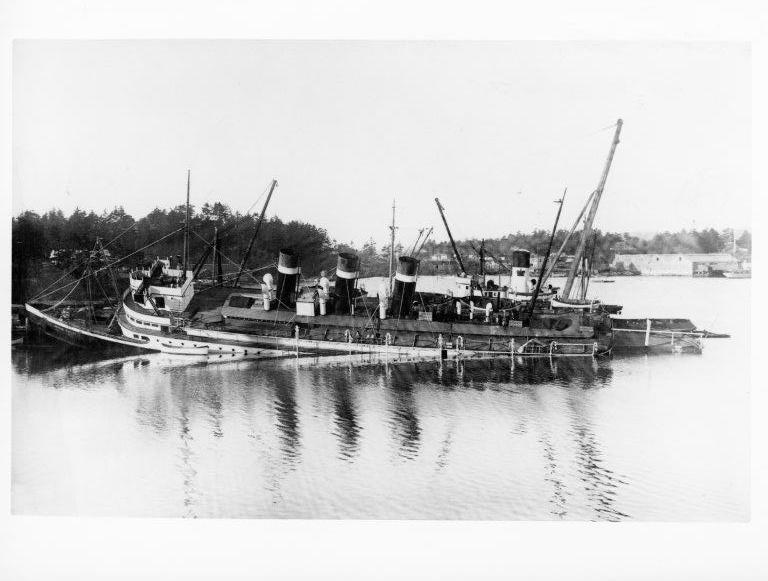 Unlike the Princess and Empress ships that frequented the area off the coast of BC, the SS Prince Rupert did not belong to the Canadian Pacific Railway. Instead, she and her twin, the SS Prince George, were built by the Grand Trunk Pacific Railway with the intention of competing with the CPR’s famous ships. They made the same routes, however they had to do so less frequently and so, unfortunately, were not as successful as their competitors in the CPR.

However, that does not mean the Prince Rupert’s life was uninteresting or uneventful. In fact, the Prince Rupert could be thought of as either the luckiest or unluckiest ship depending on your viewpoint. This is because the Prince Rupert endured no less than seven serious accidents in the span of thirty-four years, and yet not a single person was ever killed.

The first accident took place in May of 1917, when the Prince Rupert was sailing in high winds with low visibility, causing Captain Duncan Mackenzie to run aground on a rocky beach of Glenn Island. However, the passengers were able to calmly disembark and simply walk ashore.

The next incident was somewhat more dramatic, and occurred in January of 1919, when lightening struck the Prince Rupert’s mast and split it in two. Later that same year, a fire broke out on board, but in both cases the ship was quickly repaired.

Twice more in her lifetime did the Prince Rupert hit land while sailing. Once she hit a reef off of the Royal Princess Islands, but her captain kept a cool head and smoothly grounded her on the beach. Later, she ran directly over Ripple Rock in tides so strong they then pulled her back over the rock again. This time, the Prince Rupert needed a bit more help, and had rescue not been nearby things may have turned disastrous. However, the SS Cardena was ready to help, and with the Princess Beatrice all the passengers and crew were safely evacuated.

In 1931, the Prince Rupert faced disaster once more, however this time she was entirely stationary at Yarrows Dock in Esquimalt. Things seemed peaceful until a watchman found water flooding into the hold and raised the alarm. Water was coming in fast, and those on board only had enough time to grab some clothes before evacuating, having to leave everything else behind. Luckily everyone made off in time before the Prince Rupert tipped over and found herself at a 45-degree angle. The only thing keeping her from turning over completely was that her crew tied ropes to her masts and to the shore the keep her in place. The cause of this mishap? An open window. Turns out, earlier a lower room of the ship was being painted, and the painter left a porthole open to air out the smell. However, when the tide came in and the water levels rose, covering the porthole.

Her final accident was possibly the most dangerous, and occurred in 1951. The Prince Rupert was sailing through fog towards Ketchikan when she crashed straight into the Princess Kathleen. Both ships were badly damaged, but luckily no one was hurt.

After all of these accidents, mishaps, and repairs, the Prince Rupert was removed from service in 1955. She was then scrapped a year later.