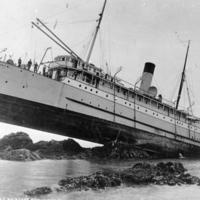 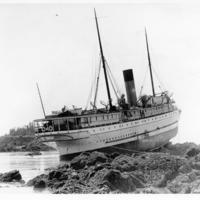 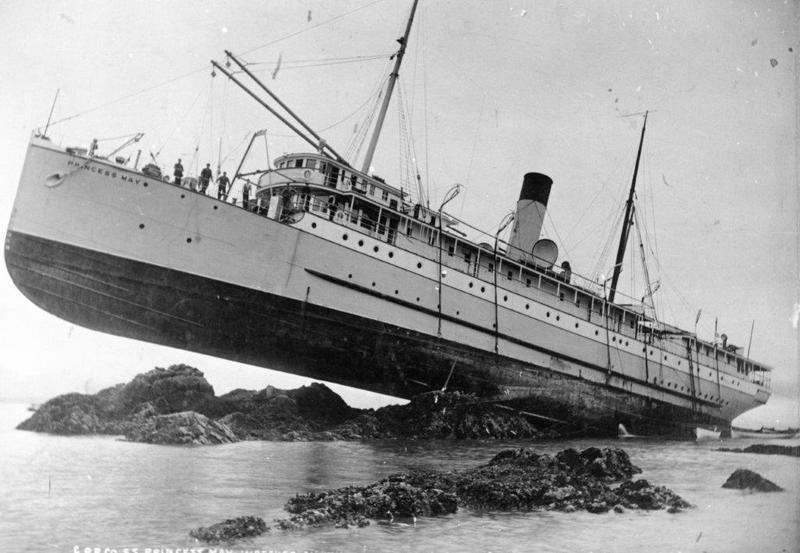 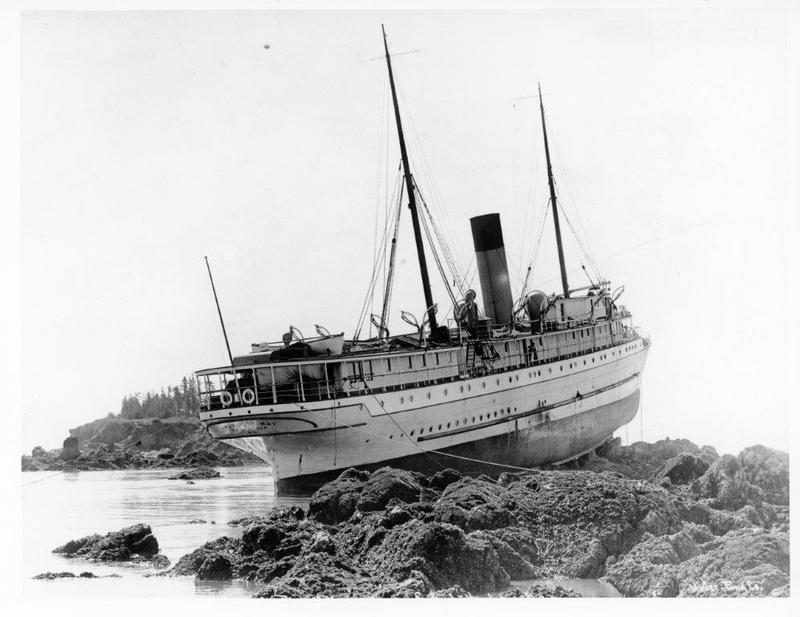 Despite SS Princess May’s long career across many different oceans and ports, she is still most well known for her crash in August of 1910.  The image of her wreck also became one of the most recognizable shipwreck images of the time, and today we are still amazed by it.

The SS Princess May was built in England by the Hawthorn, Leslie & Co. in 1888 for the Formosa Trading Company in Asia. Originally named Cass she served thirteen years along China’s coast where she had some bizarre adventures. The ship went through many names during her service in Asia. When the Canadian Pacific Railway Coast Service purchased the ship in 1901 she was renamed SS Princess May and became the one of the first of their new Princess line, designed to serve the Pacific Northwest.

On 5 August 1910, SS Princess May left Skagway, Alaska with 80 passengers, 68 crew, and a shipment of gold. She was traveling down the Lynn Canal late at night at 12 knots under the command of Captain John McLeod. Despite the smooth seas, there was heavy fog that evening. Suddenly, at 0400 hrs, the ship struck rocks on the north end of Sentinel Island. Ironically, this is the same island with a United States light station on it.

As the ship’s engine rooms flooded, the wireless operator, W.R. Keller, did not have time to send out a distress call before the main power was lost. He improvised and was able to send out the Morse code message, alerting nearby ships.

Thankfully, his quick thinking meant that all passengers and crew members, as well as the gold shipment, were saved and made their way to the lighthouse! The lighthouse keeper did his best job to make these castaways comfortable.

The passengers and crew left the island in the fishing vessels Georgia and Rustler, making their way back to Juneau. As they sailed away initial estimates of the wreck assumed the ship would be a total loss. However, a month later Captain Logan, with his salvage tug from Santa Cruz and a BC salvage tug captained by William Jollife, managed to pull the vessel off the reef. Afterwards she underwent large restorations, and the cost of the salvage and repairs was over $115,000. The SS Princess May returned to service within the year and continued to ferry people along the coast for nine more years with no additional mishaps or misadventures.