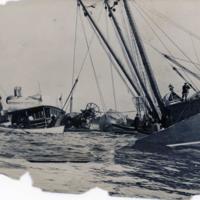 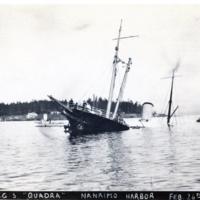 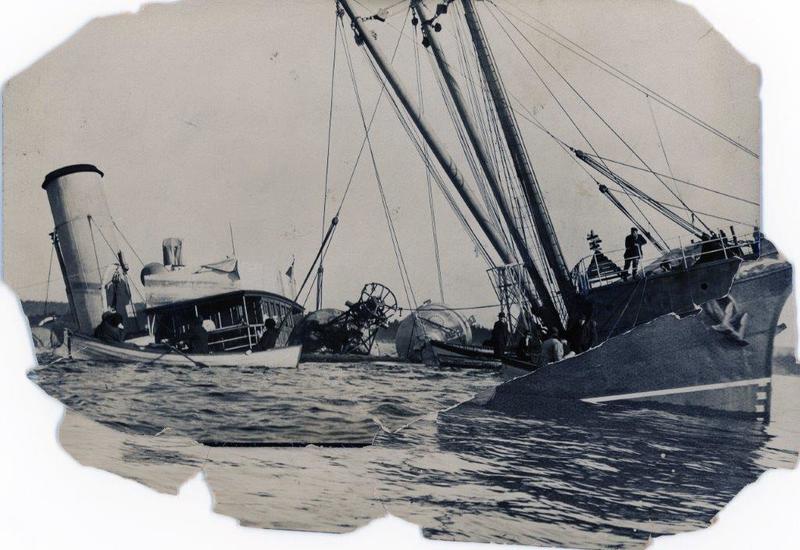 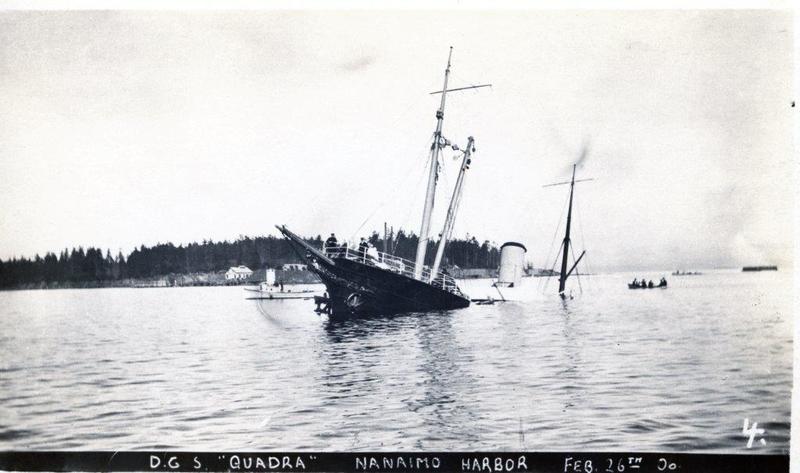 In dense fog at the entrance of Nanaimo Harbour in 1917, the lighthouse tender DGS Quadra was struck by SS Charmer. Captain Campbell, captain of the Charmer was no stranger to ship collisions and knew just what to do. He kept his ship rammed in the Quadra’s hull so that it was beached and out of deep waters.

The Canadian Coast Guard, still relatively new at the time, had commissioned the Quadra to have sole responsibility for the Pacific coast, commuting the long and treacherous coastline, servicing light stations, mapping charts, erecting beacons, and undergoing search and rescue. It served a big role! George Nicholson wrote in 1975 that, although there is an increased reliance on helicopters and automation to control and service light stations, “there’s still no end to other tasks which only a tender can take care of.”

After its collision, only the Quadra’s mast was visible at high tide. While the Quadra’s coast guard career was over, the ship was refloated and set a new course in the 1920’s, running rum to the American border, before being apprehended and sold for scrap.