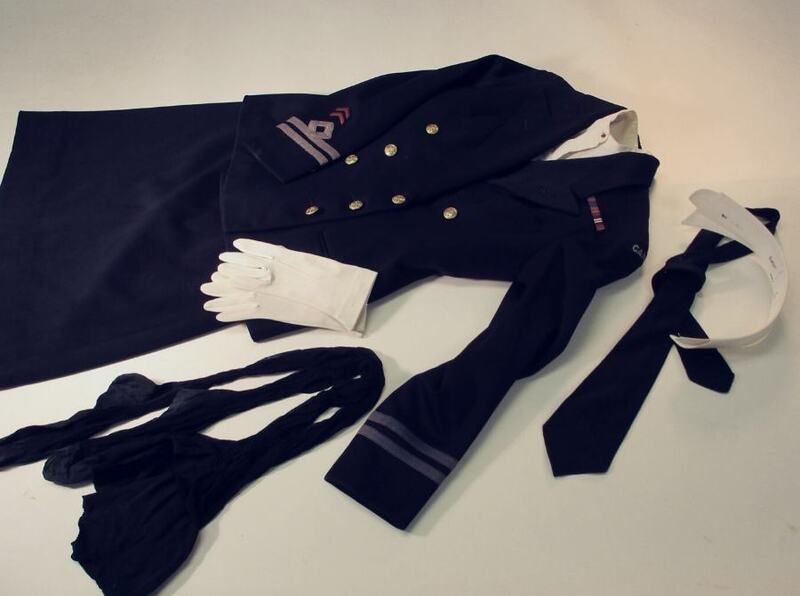 A Wren's many uniform pieces.

Putting Together the Outfit

The Women's Royal Canadian Naval Service was founded in 1942; inspired by the acronym, service women were known as Wrens. The service was disbanded in 1946.

Worn together, many of these photographed pieces would be worn as Dress No. 3 for ordinary working days; but the correct gloves for this dress would be brown leather gloves. White gloves were part of a Wren's kit, but would be reserved for specific dress occasions.

Occasions: On working days for all ordinary duties. 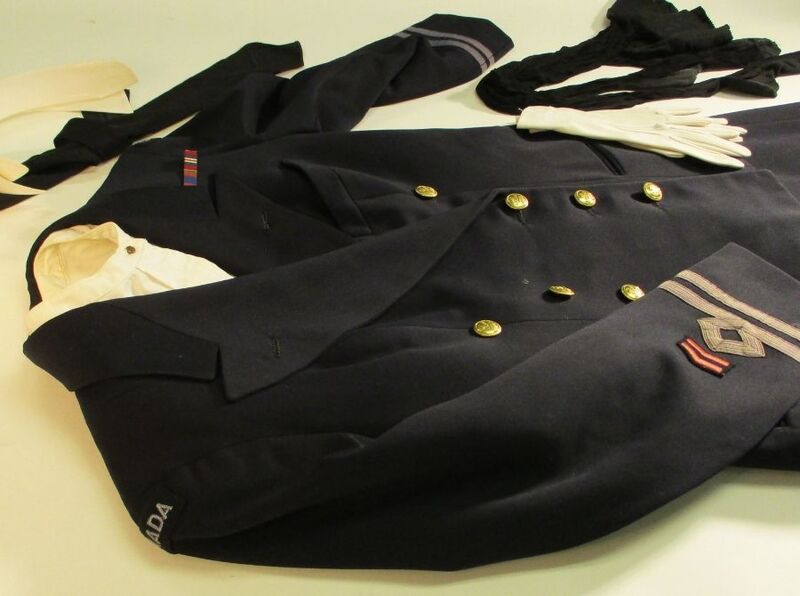 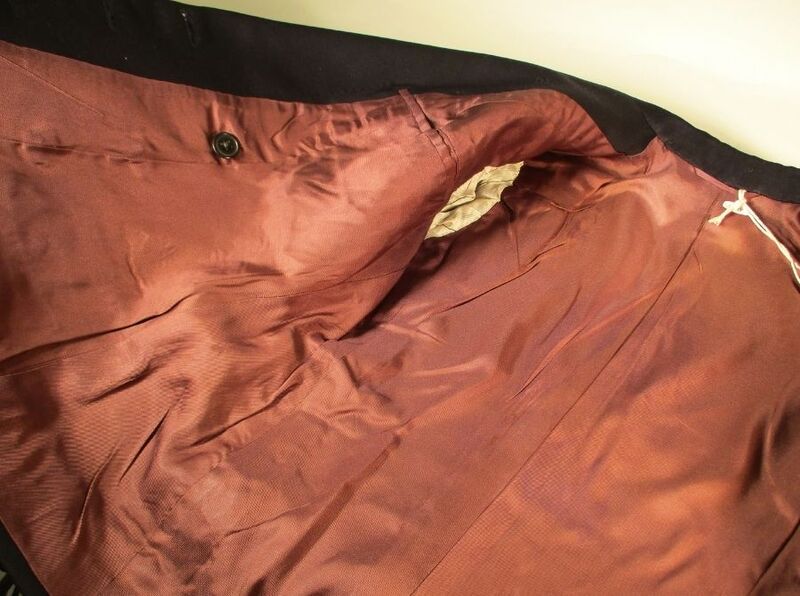 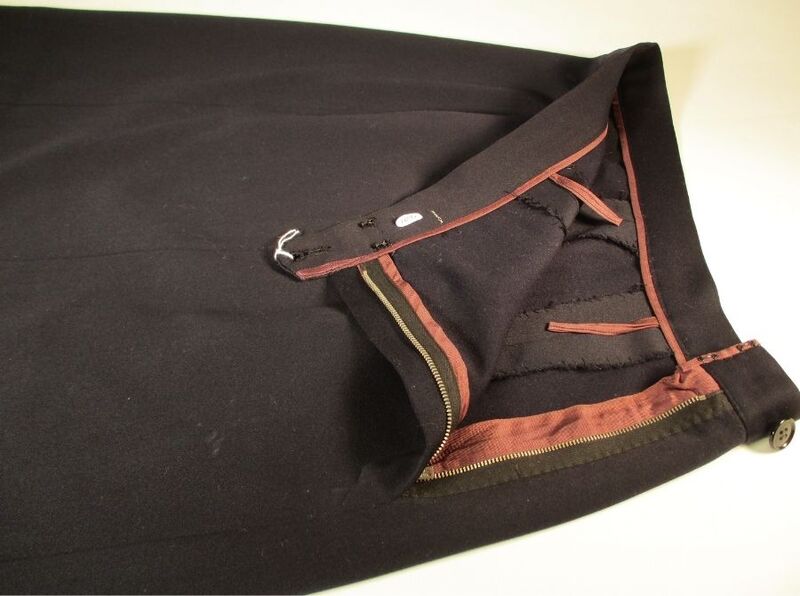 "I Make No Women's Uniforms!"

Lieutenant Grace Brodie was commissioned in the Royal Canadian Navy in 1942 after serving with the Canadian Red Cross, Royal Life Saving Society, and St. John Ambulance. She travelled to British Columbia to serve on HMCS Discovery before a uniform--made of wool serge fabric and ornamental braided metal cord--could be made in Ottawa. She was sent with just a packet fabric and braid! She sought out Scottish-born, Vancouver-based civil and military tailor, John Doig, but was told: "I make no women's uniforms!" She responded: "I didn't think you'd let another Scot down." He relented.

The resulting suit shows that even an extremely codified uniform could be personalized. Doig used men's evening-wear suiting, rather than the ordinary serge fabric, and small mess buttons, rather than large, standard regulation buttons. Lieutenant Brodie was 5'1"--these bespoke details helped the uniform suit her frame.

Doig's attention to quality materials, technique, and design allowed this suit, worn constantly, to work for Lieutenant Brodie throughout her career: the braid on the sleeve indicates the rank of lieutenant, added to the suit as she progressed in rank. 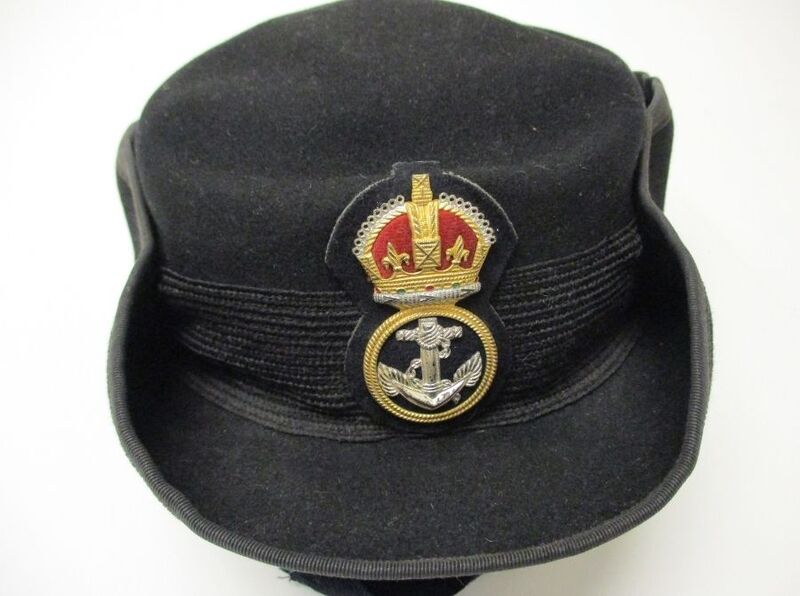 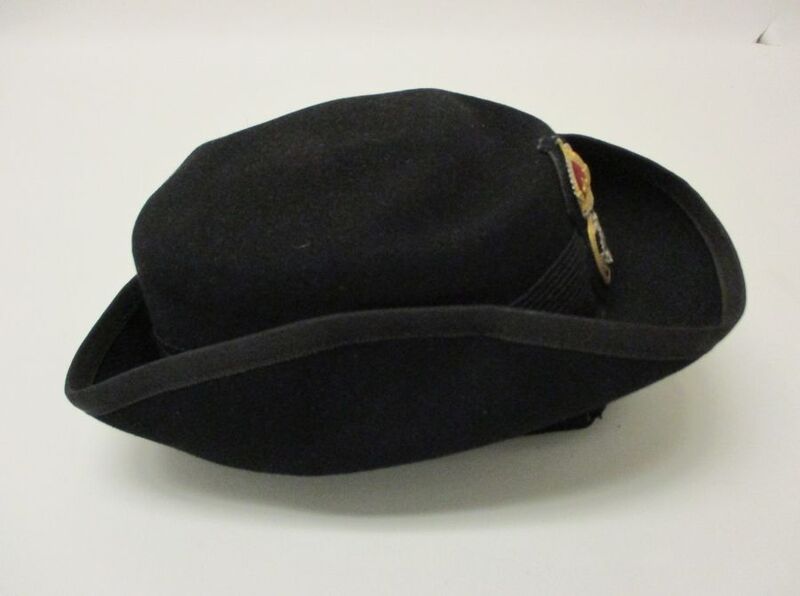 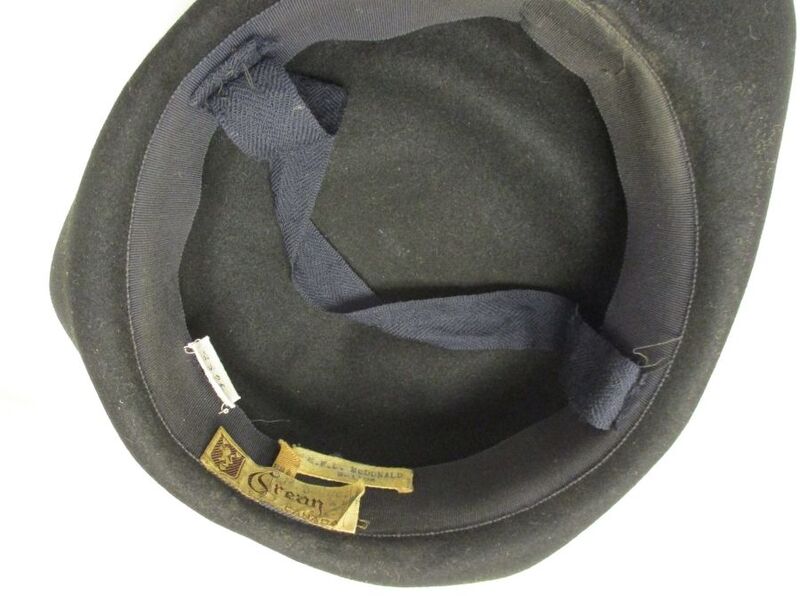 The distinctive tricorne, worn by Wren officers, was suitable for many dress occasions. The badge affixed to the front indicates a Petty Officer, 1st Class, and was worn by Petty Officer M.F.H. McDonald. Like many military uniform pieces, the tricorne recalls styles of the past with a contemporary spin. The label reads Crean Canada.

Unlike many occupations and professions, military service members often live in very close quarters with colleagues while deployed. With identical kits by design, keeping everyone's laundry from getting mixed up is a real problem. The solution: a labelled piece of thin fabric tape sewn into the hatband or other inconspicuous spot. 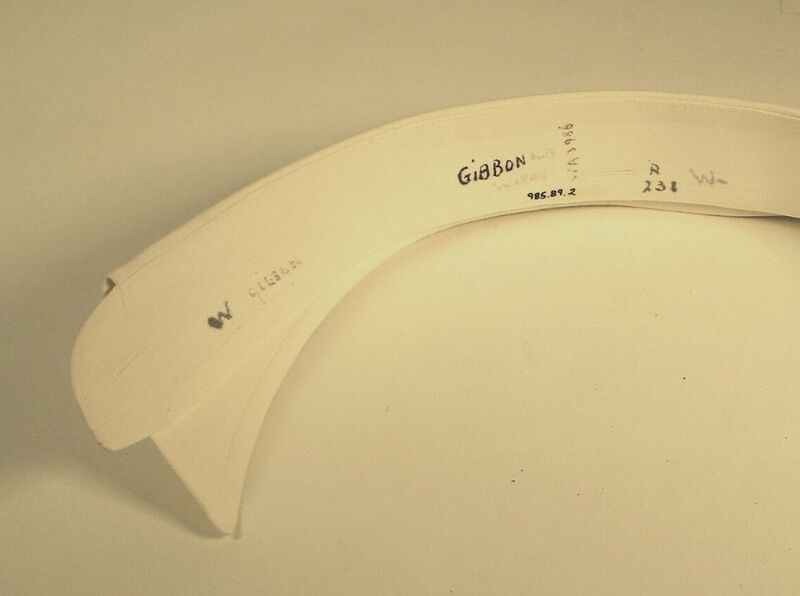 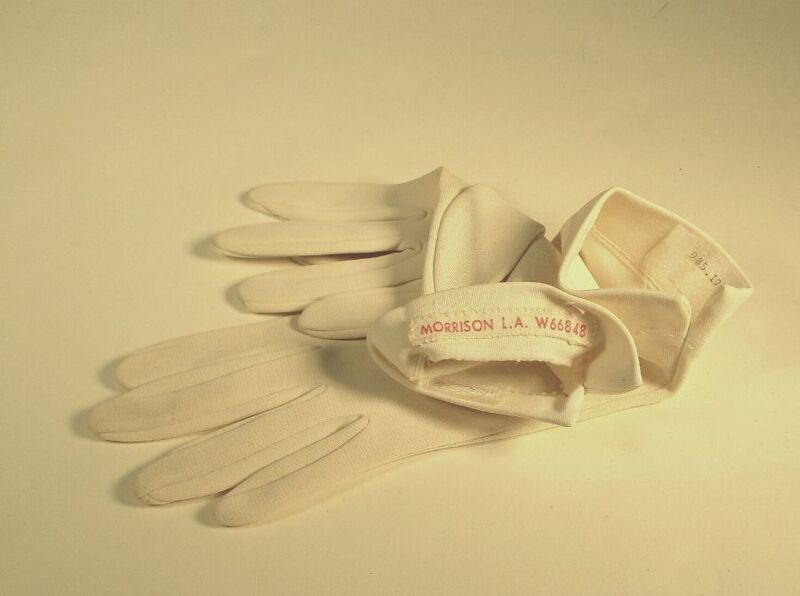 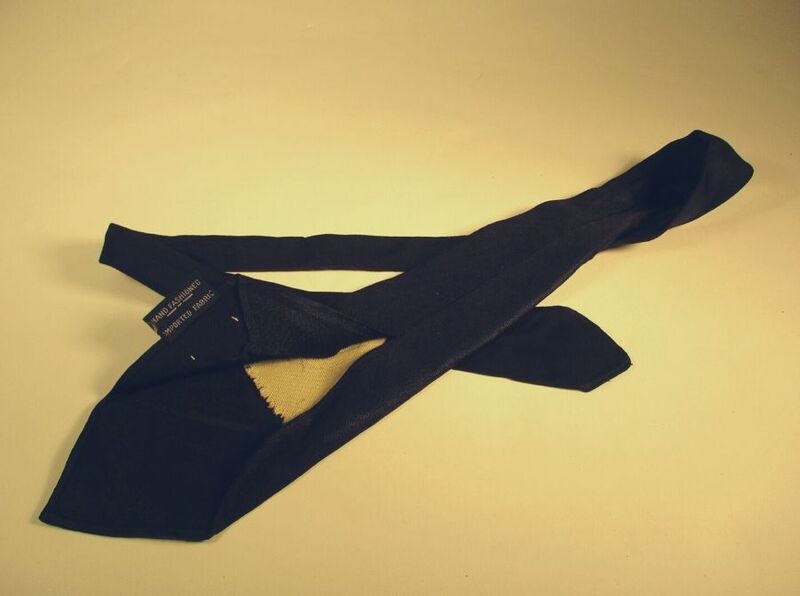 This turn-down collar, attached by buttonholes at the neck and back, was worn in 1943 by Ruby Gibbon. It is still starched to perfection. Having a separate shirt and collar prolonged wear. When the collar lost its stiffness, it could be replaced. When the shirt needed to be washed, the collar could remain dry and ready for the next day. Truly adaptive workwear!

The white gloves, owned by L.A. Morrison, are labelled similarly to the Petty Officer McDonald's tricorne, with thin fabric tape. The tie, owned by M. R. Miller, was designed for men's uniforms. Initially, Wrens were issued the same tie. Eventually, a smaller tie was issued.

What's In the Kit?

For all dress occasions, service members in the WRCNS received the same set of items and garments. Depending on rank, more items could be added. Different combinations of these objects created different uniforms for different occasions. The objects highlighted in the exhibit above are bolded below.