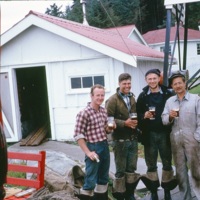 This exhibit was put together from photos donated to the Museum by the Brown family. It documents the life of the Brown family at Pine Island Light Station when they lived there from 1957 to 1967. The photos showcase what is was like to live at the station as a young family in the mid-twentieth century. 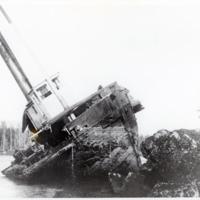 British Columbia's coastline is without a doubt a rugged one. Our rocky cliffs, shallow shorelines, and stormy winter seasons all make for difficult passage. This has resulted in hundreds of shipwrecks along our coast. This display features stunning photos from the Maritime Musem of BC's collection of ships in distress and the stories behind them. Luckily, there is no human tragedy in any of these stories! Only weird circumstances that vessels have been unforuante enough to find themselves in. 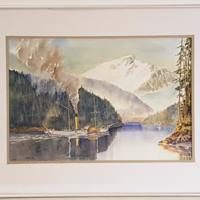 This Art Show highlights life along the Coast of British Columbia and the industries that helped to give rise to the province as it is today. Those of us who have lived on the coast know how the ocean affects us emotionally, and we know how the ocean connects us to each other and how it connects us to all the other coasts it touches. We also know how ocean-going industries can effect communities, great and small, not just on the coast but also beyond. The art in this show is just a small sample of the Maritime Museum of BC’s collection. Each piece was selected to represent some small part of the last three hundred years of BC’s coastal history and the coastal industries that helped, in part, to make British Columbia what it is today. Together, the art in this show represents a cross section of BC’s Maritime Heritage.

Work and Wear: A Peek into the Maritime Museum of BC's Textile Collection 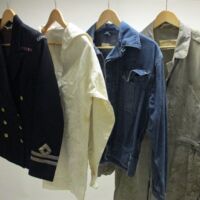 Uniforms--in this case, naval uniforms and issued kit--create a shared sense of identity among groups of people. But, their wearers are not invisible! We find clues and stories in the seams, stamps, damage, repairs, and decorations on everyday workwear. This virtual exhibit is a look at four workwear outfits, all assembled from textile objects in the Maritime Museum of BC's collection. Up close; inside; and very personal.