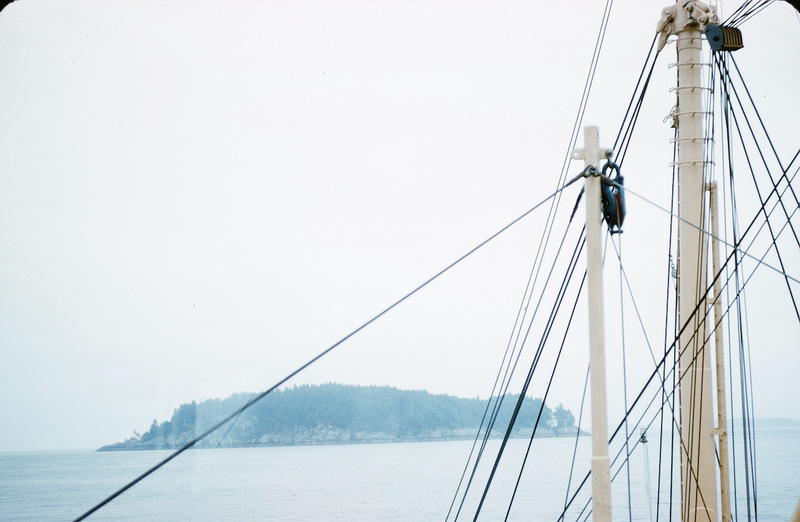 Pen and Betty Brown’s first view of Pine Island, where they moved just after marrying. 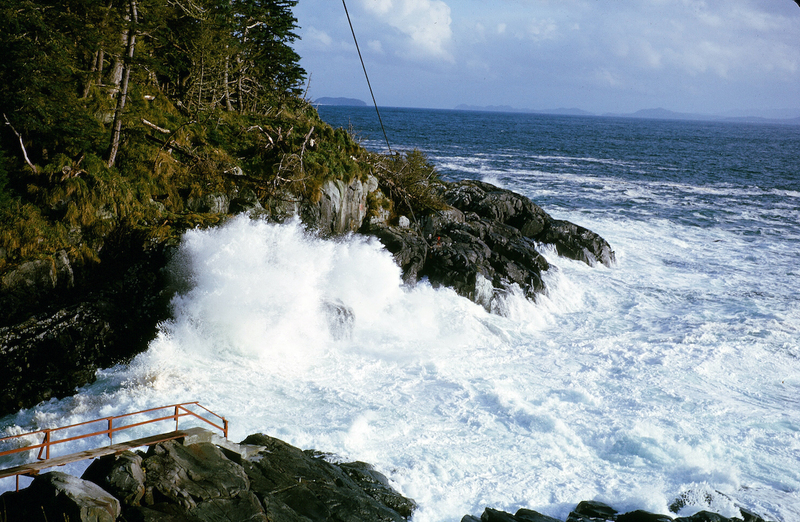 Even during the summer, the landing-place at Pine Island could be a cauldron of waves. 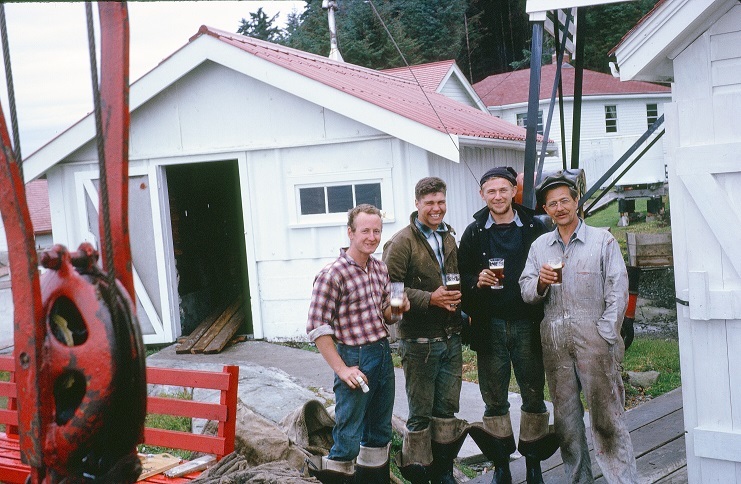 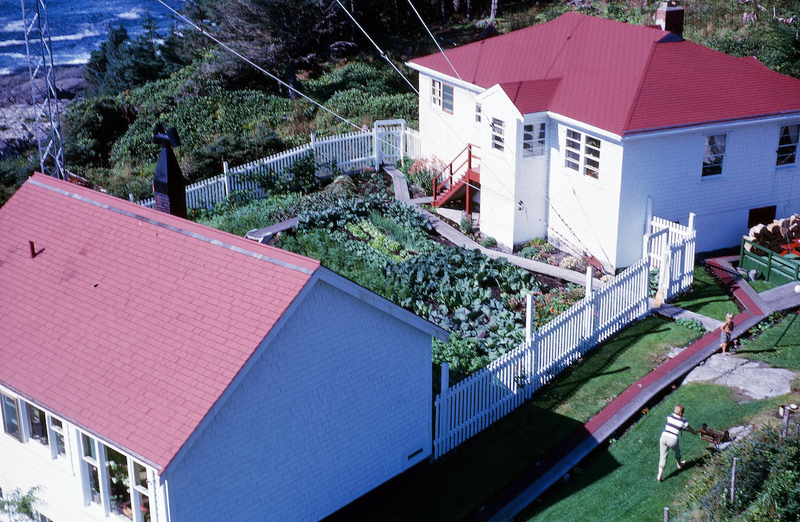 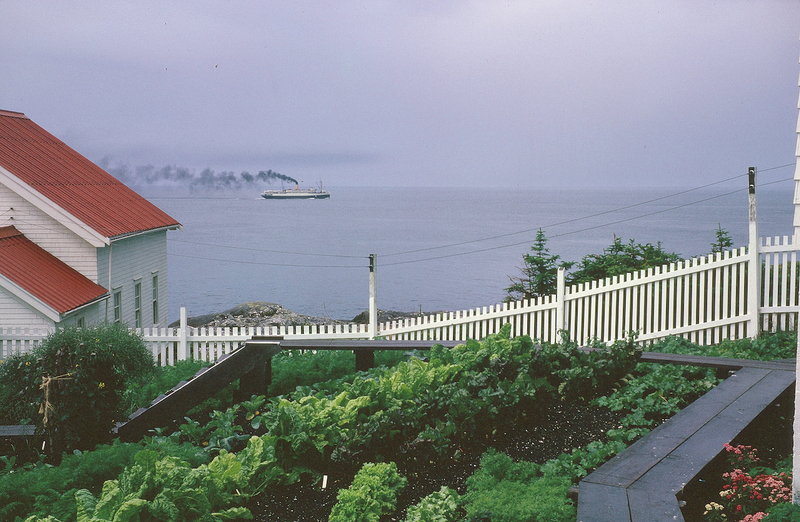 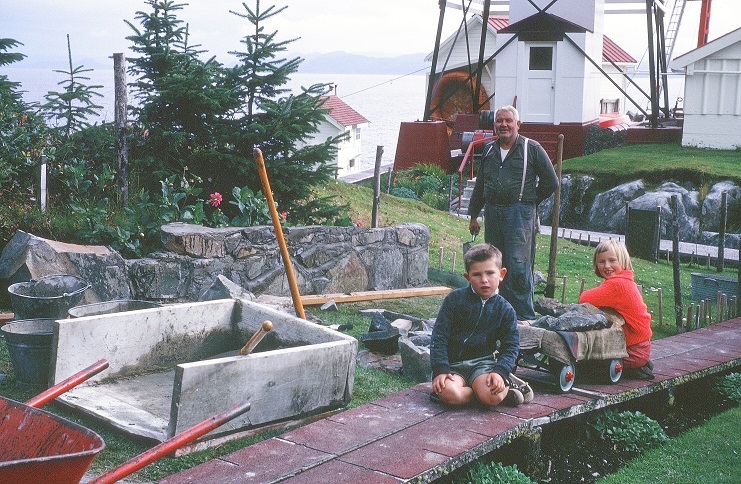 On a lighthouse, girls and boys played by helping with construction, gardening, care of poultry, and other tasks. 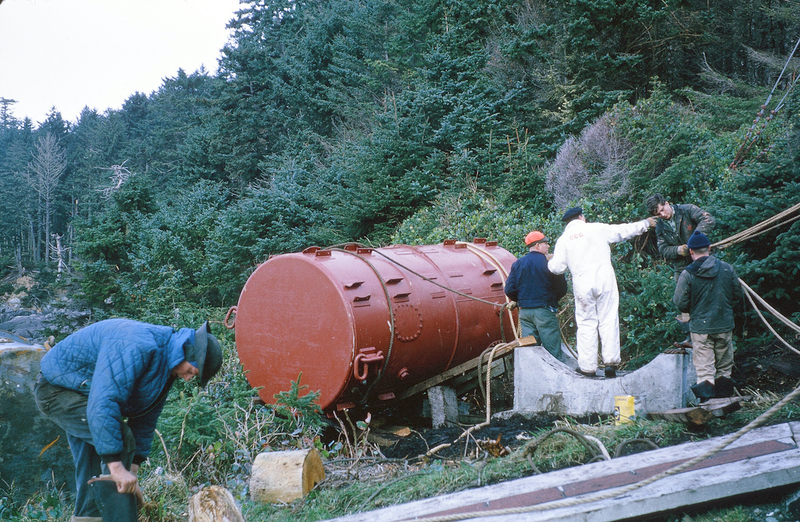 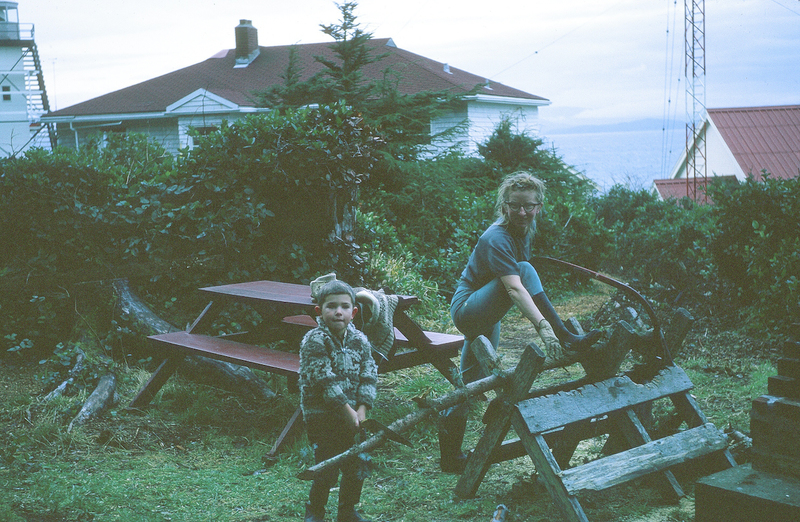 Rex sawing wood with his mother Betty. Work on a lighthouse did not have conventional gender boundaries. 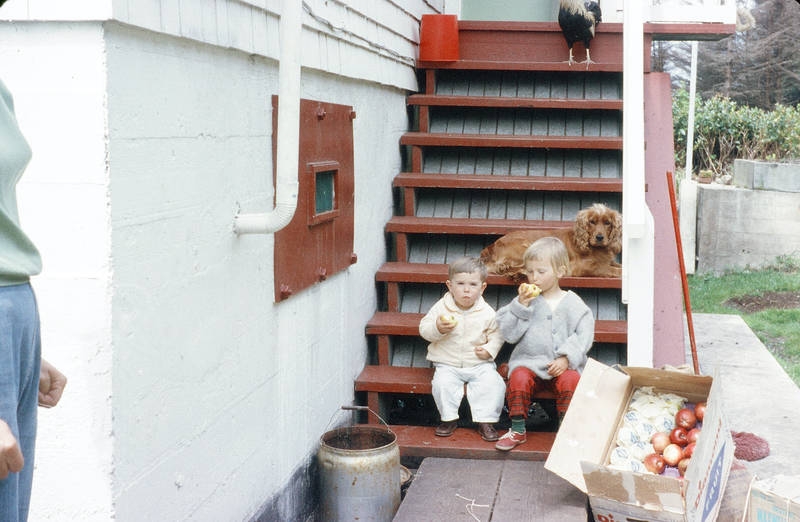 It was exciting to receive from the monthly tender ship a box of apples or a box of books from the travelling library. 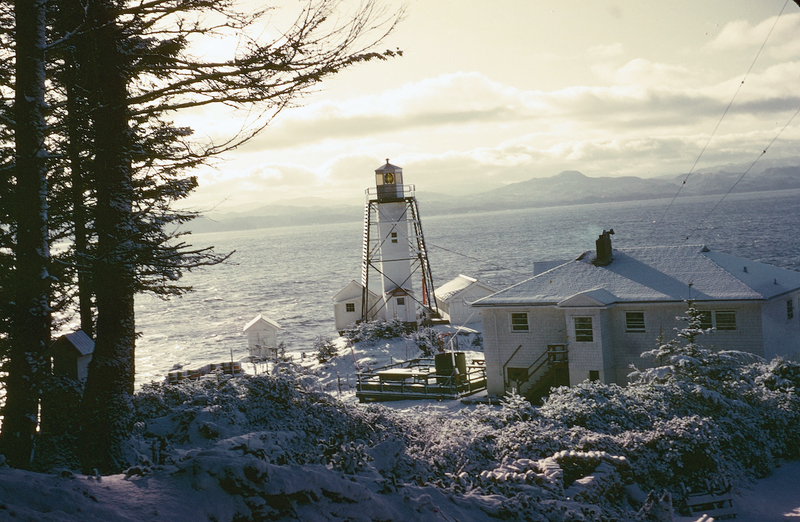 Snow did not come to Pine Island every year; sometimes Christmas was subtropical. But in 1966 the station looked picture-perfect in snow. 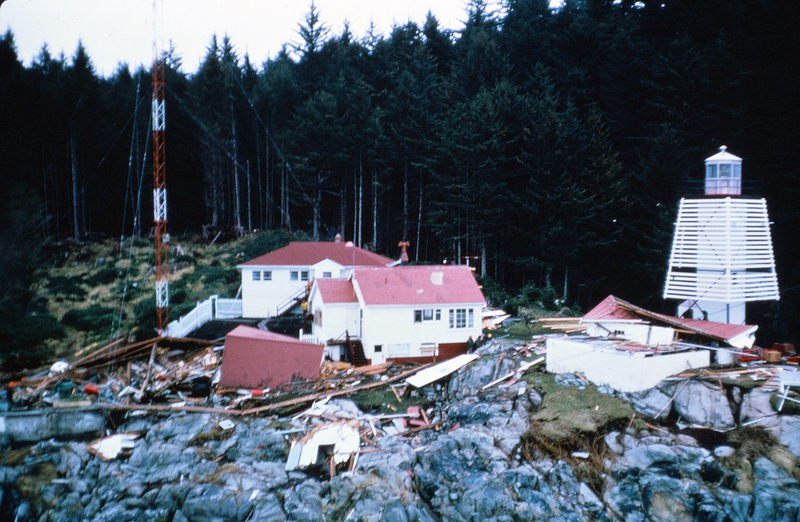 “One night in February 1967, the ocean turned our little world upside down. This photo is a bit blurry as it was taken from a rescue helicopter.” - Marian Brown 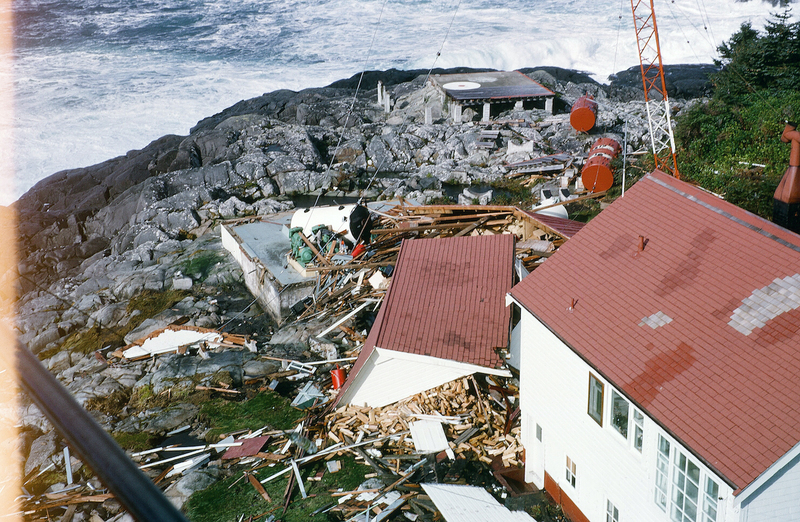 This is the view of the damage from the tower of Pine Island Light Station. 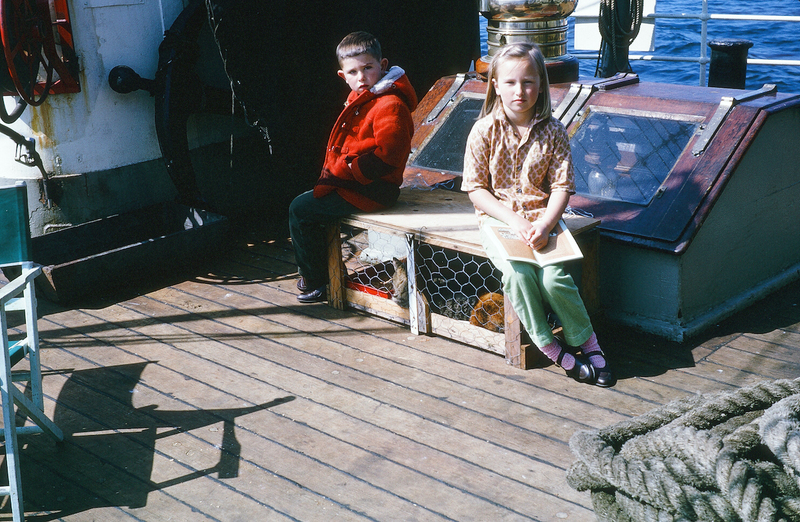 “After the disaster, moving from isolation to society was life-changing. Pets and books were solace. My brother adapted quite well, but I didn’t fit in with city girls. And there is insecurity in knowing that one’s surroundings can be destroyed in an instant.” - Marian Brown